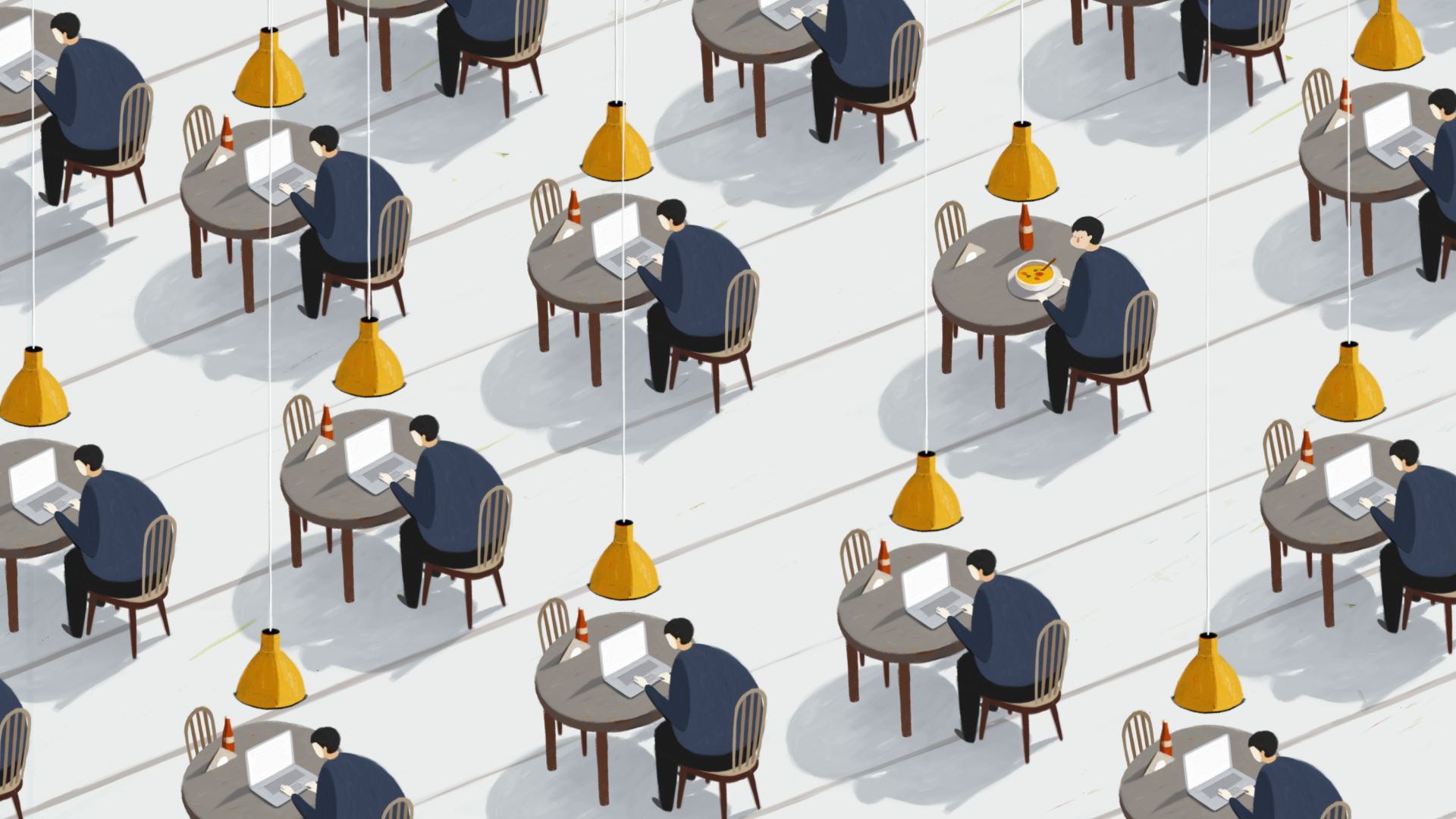 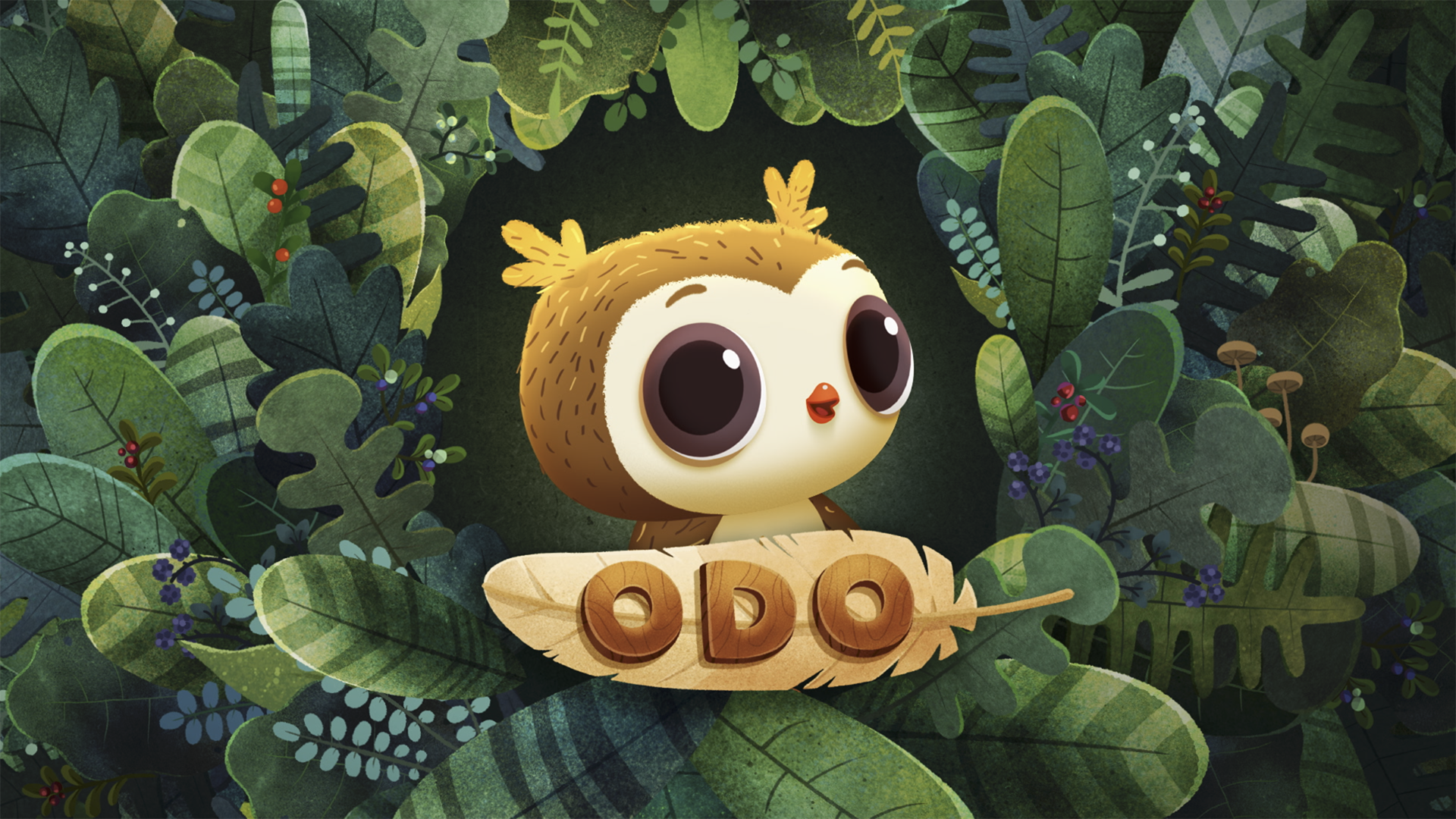 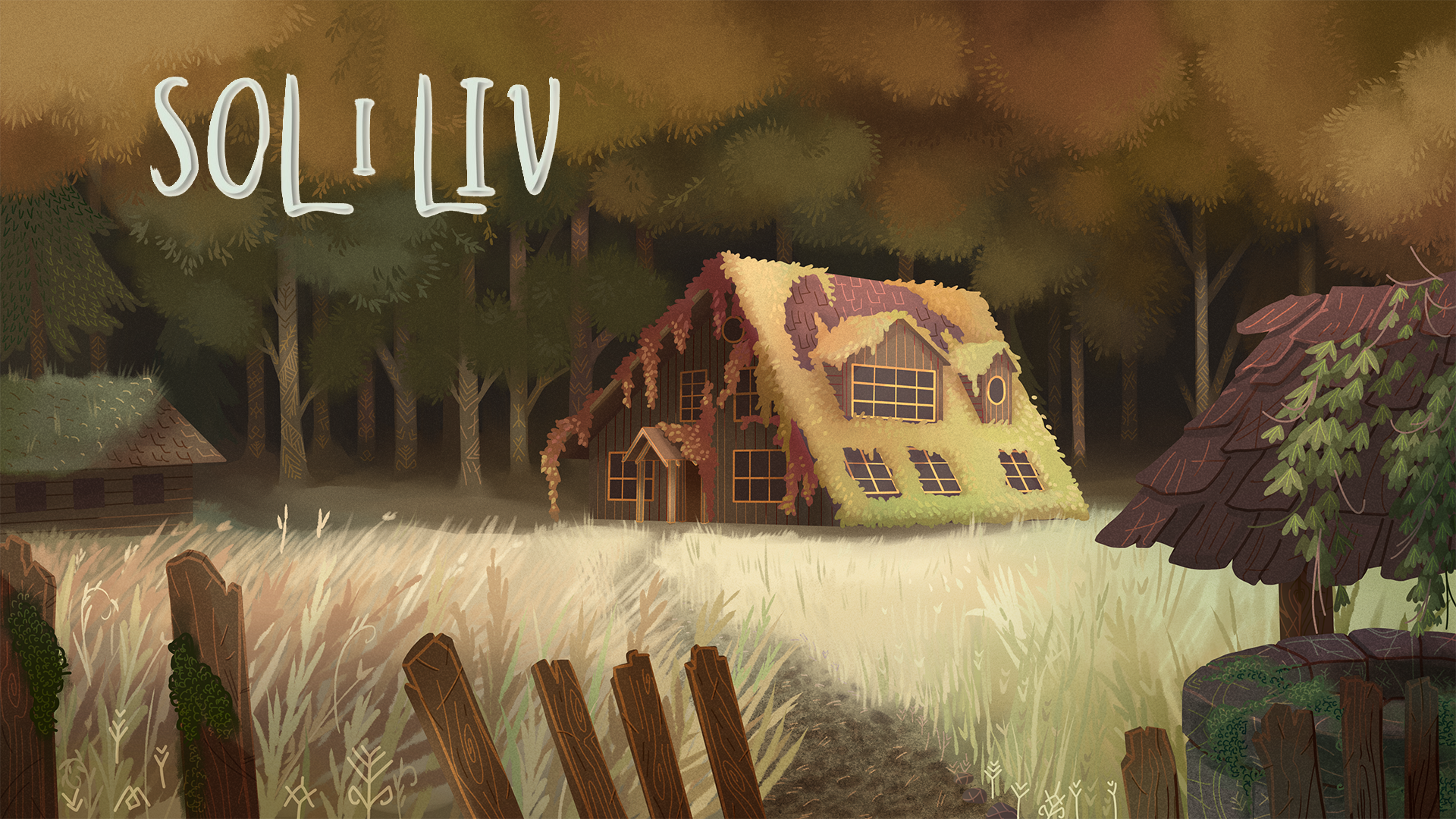 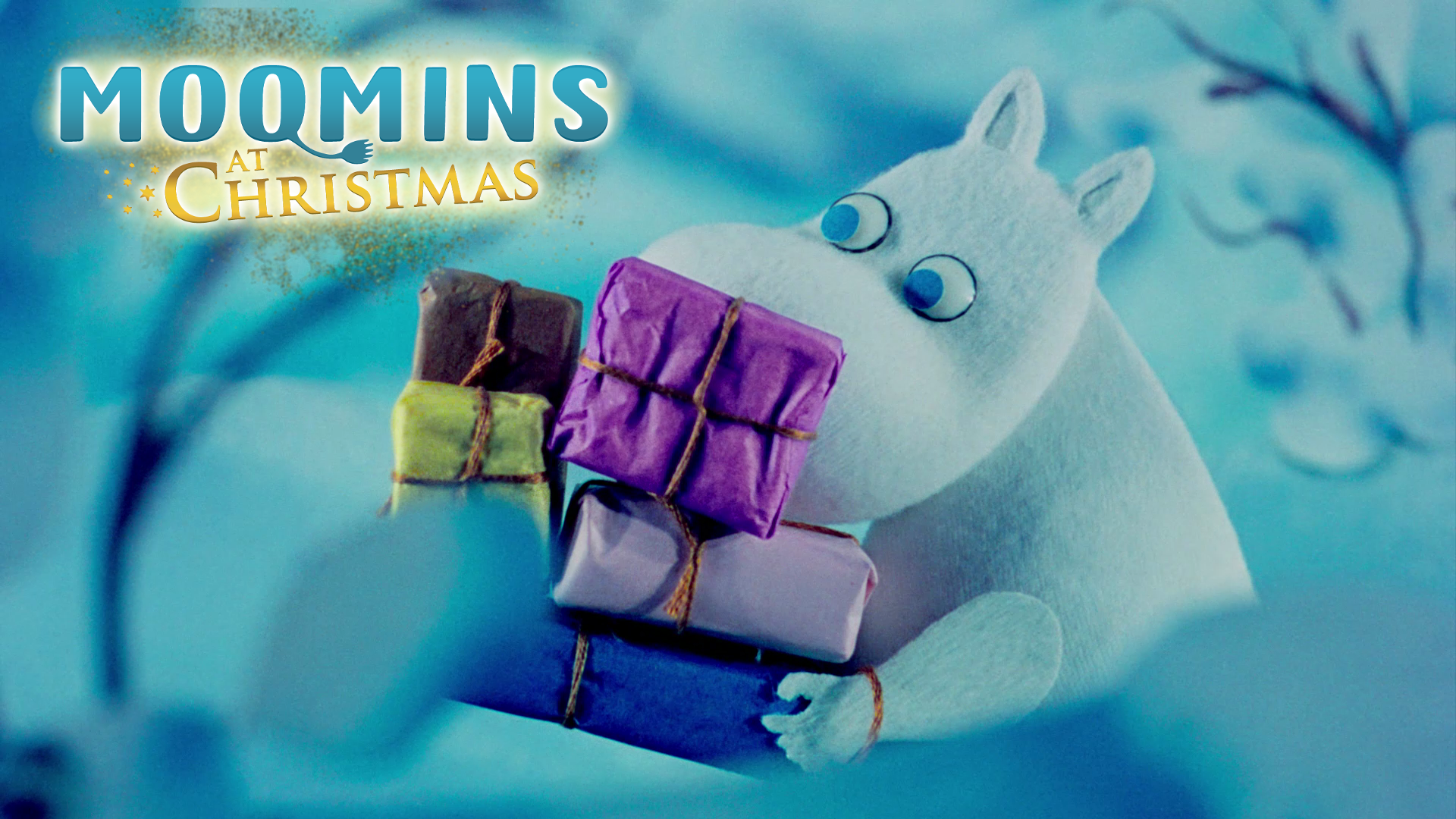 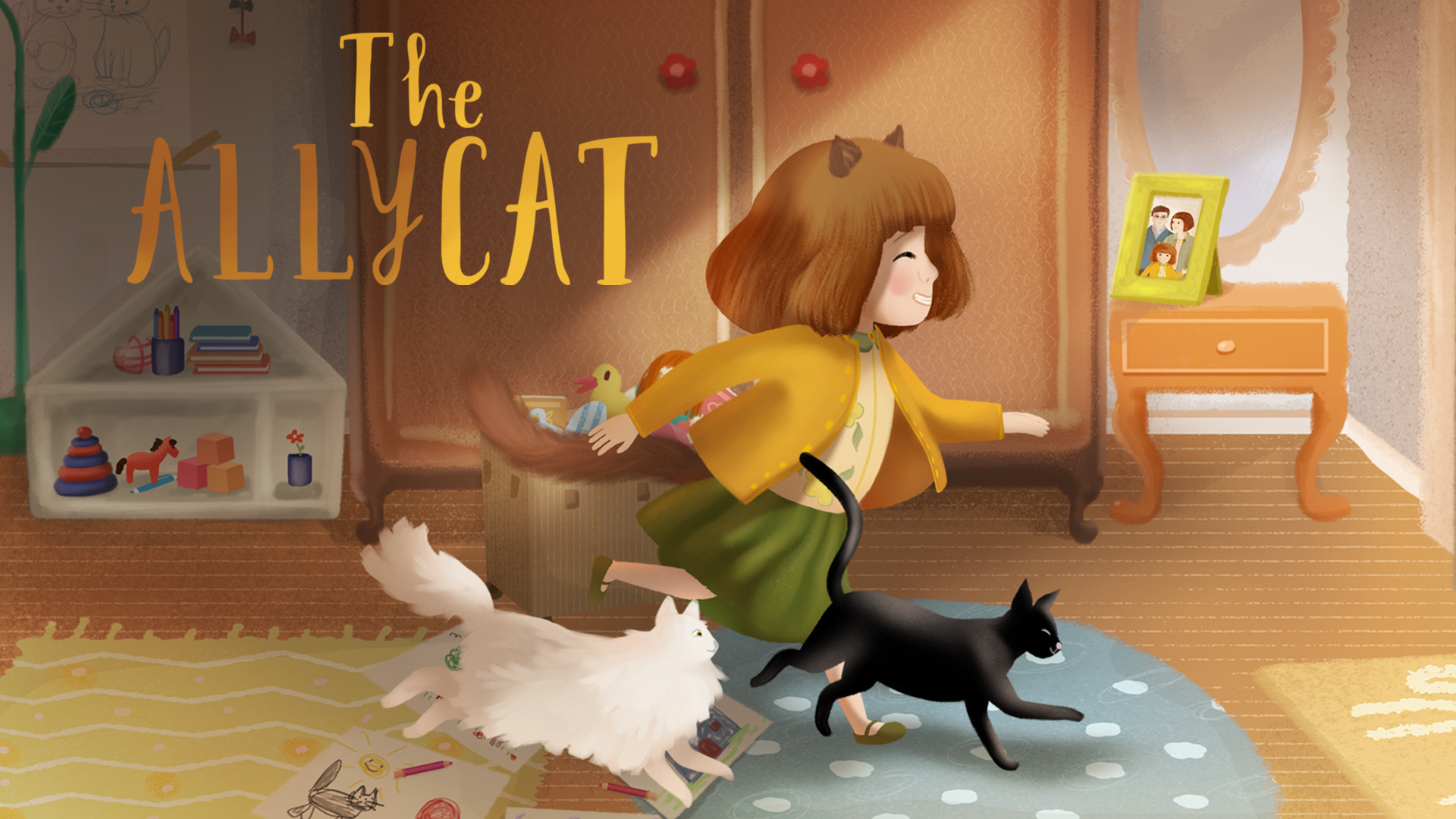 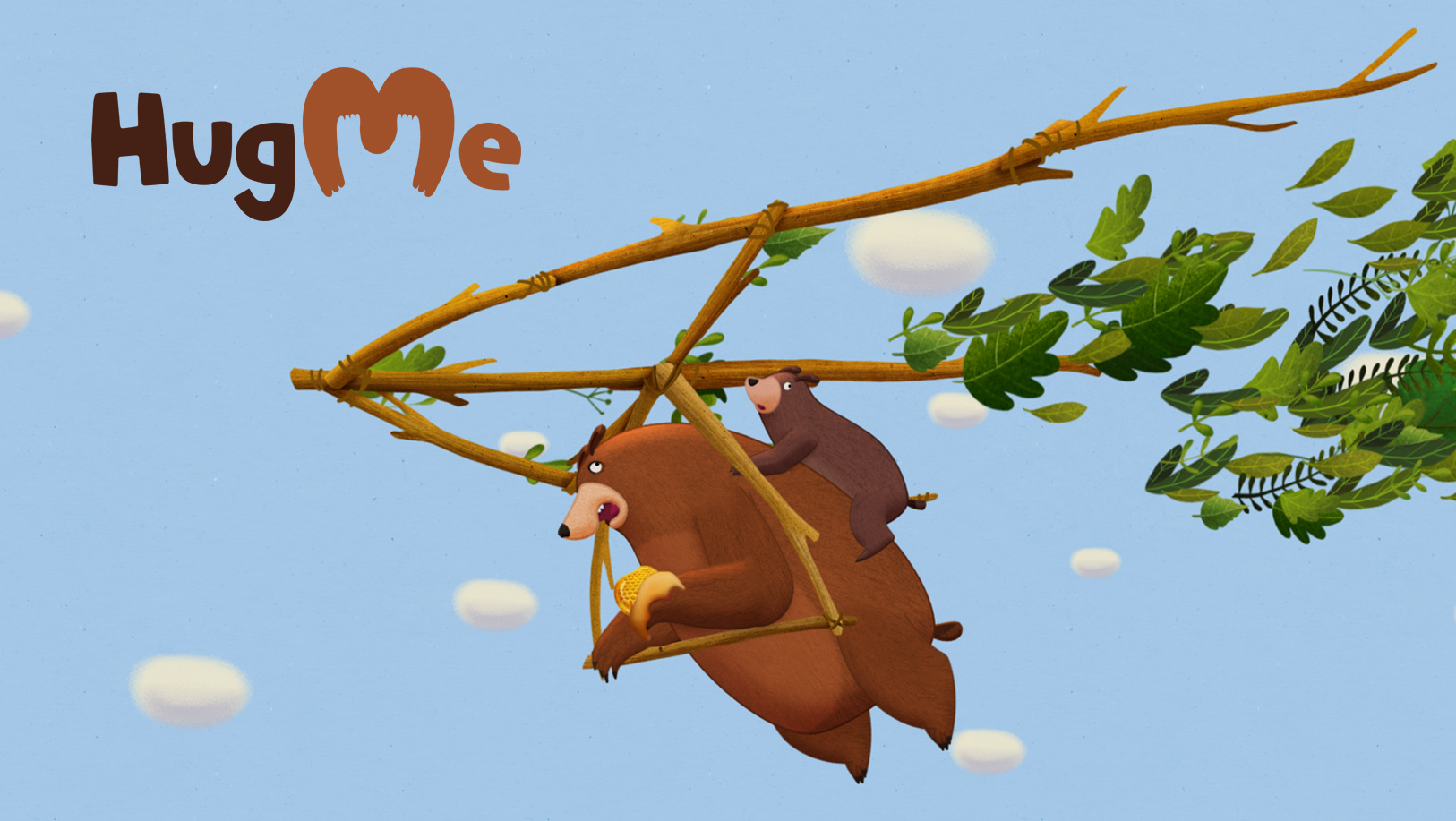 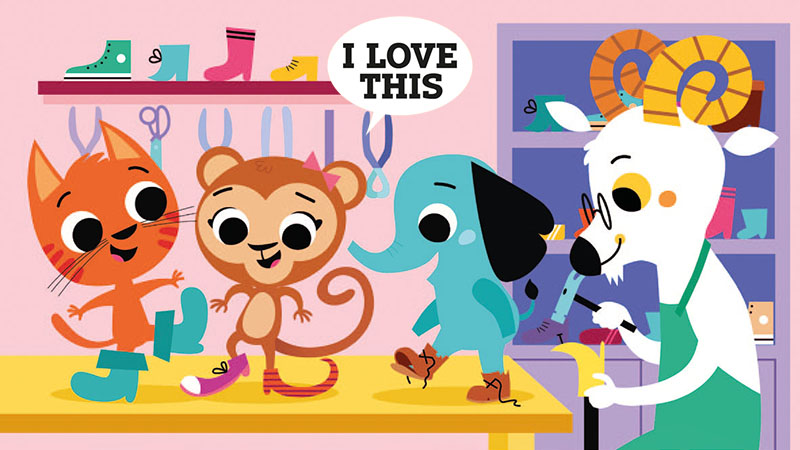 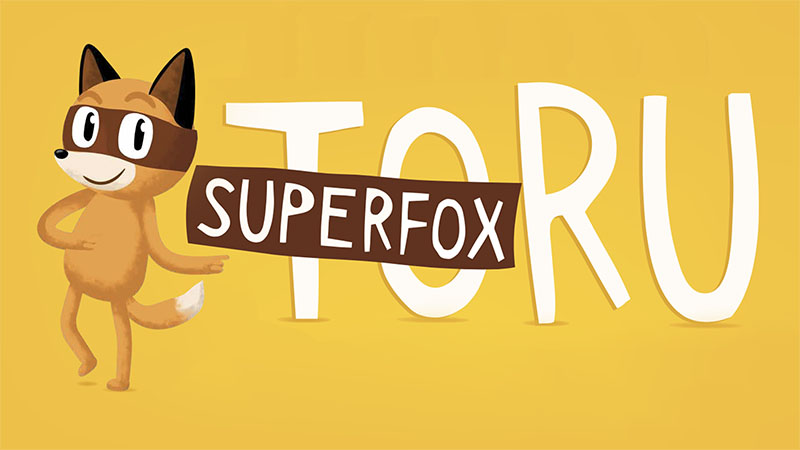 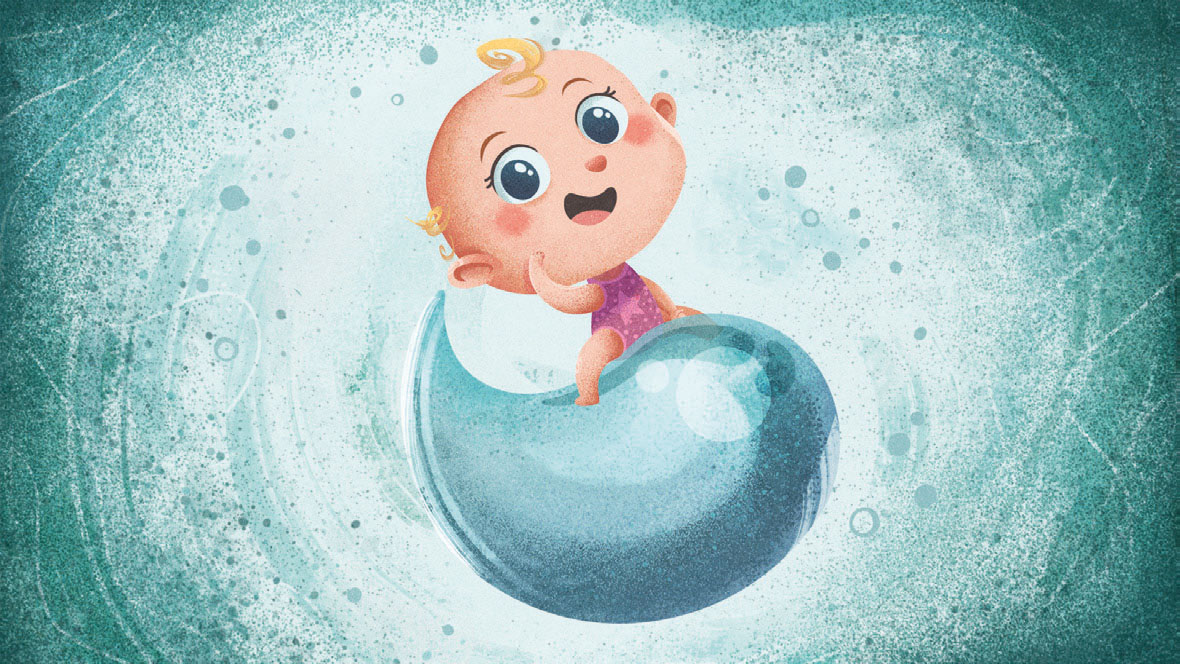 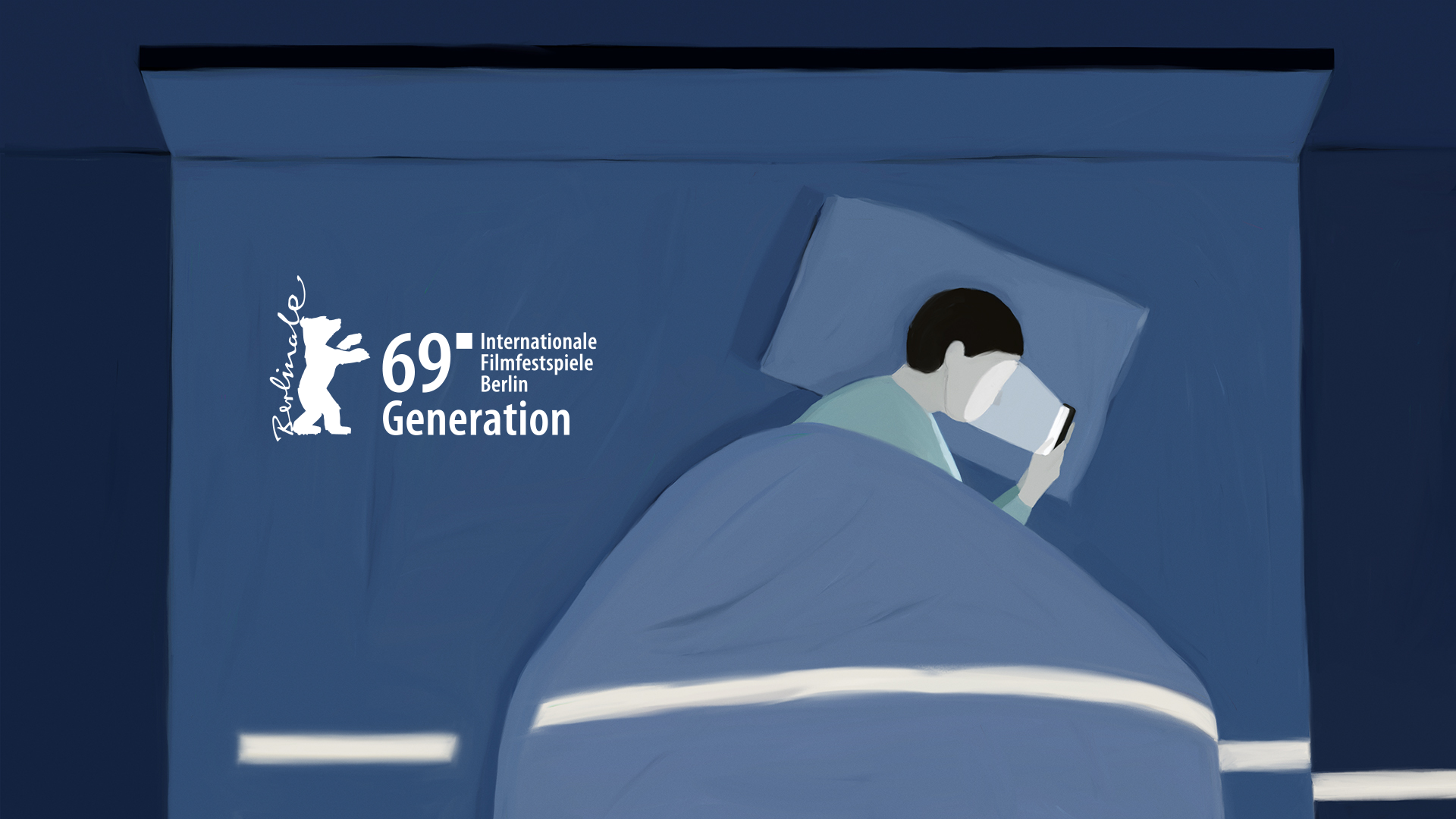 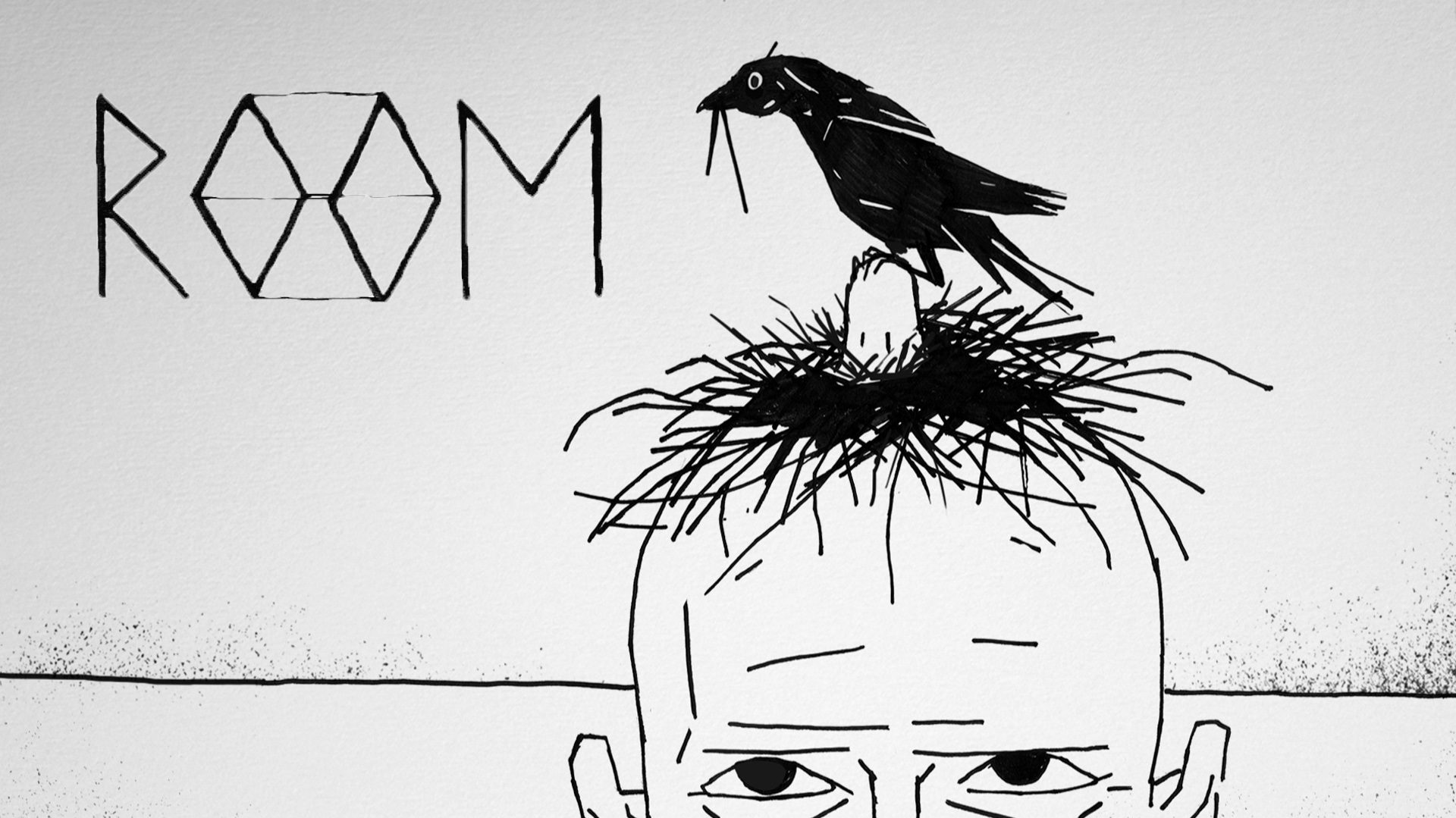 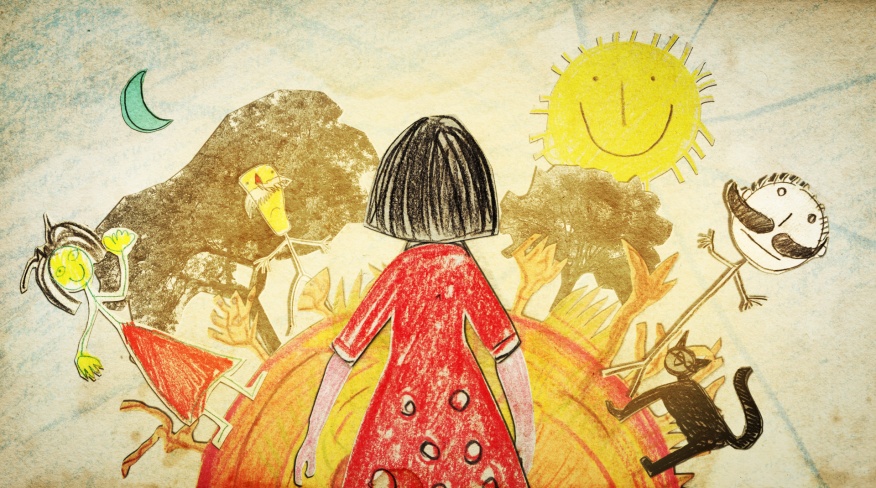 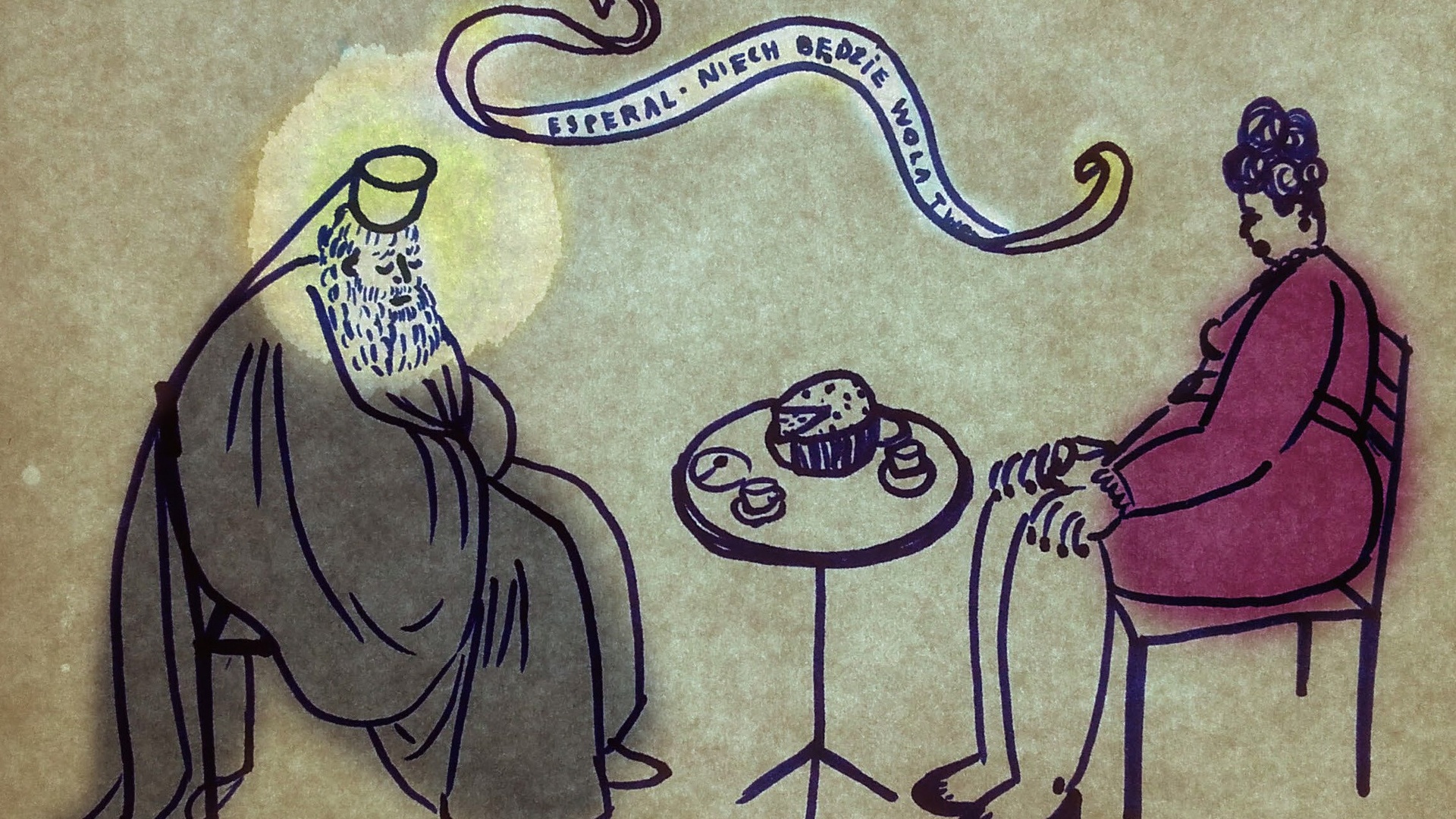 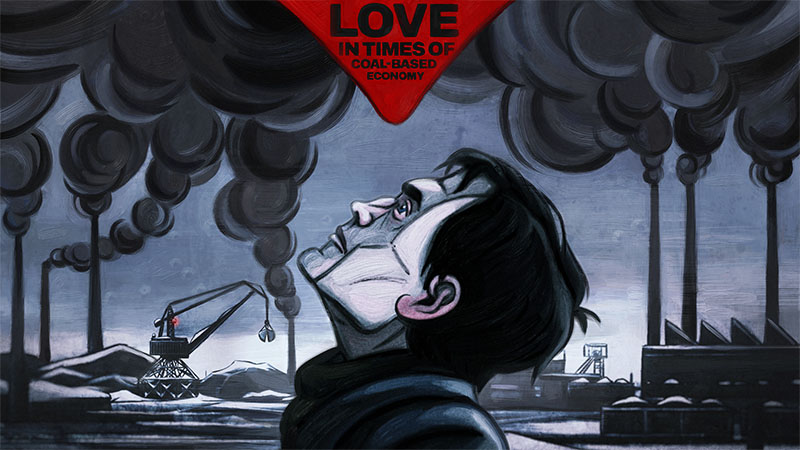 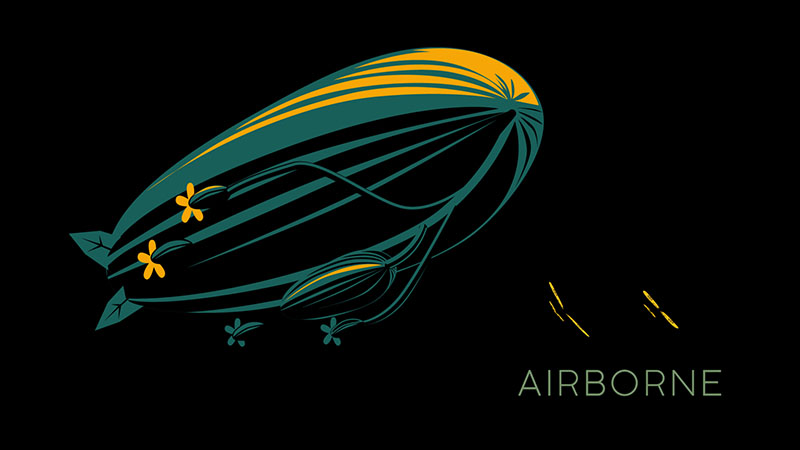 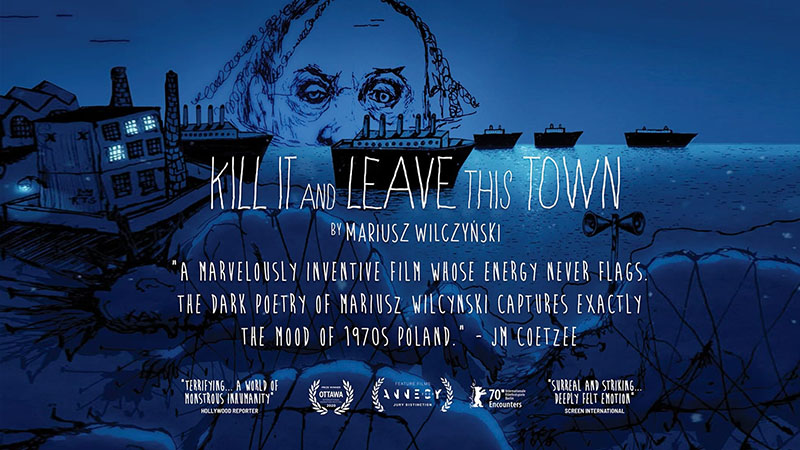 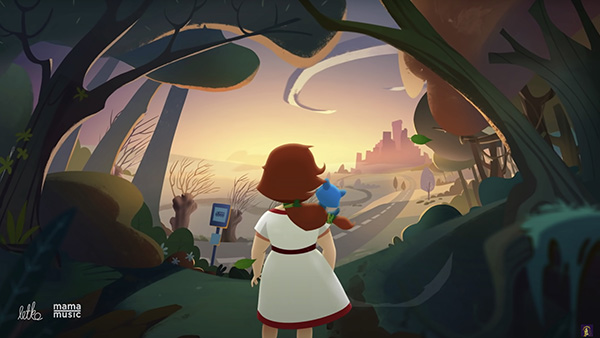 52 x 7′ 2D animated stories for 3-5-year-olds.
A co-production between Letko from Poland and SixteenSouth from Northern Ireland.
Directed by Mikołaj Pilchowski and Piotr Szczepanowicz.

Odo follows the adventures of a little owl who just can’t sleep.
Owls, being nocturnal sleep during the day. But Odo is different.
To keep Odo busy while they sleep, his parents send him to the
Forest Summer Camp for Young Birds where Odo is determined to prove
that he is every bit as capable as all the other birds,
and even though he is little in size, he can make a very big impact
Odo is a show about a Little owl’s refusal
to be what society expects him to be. 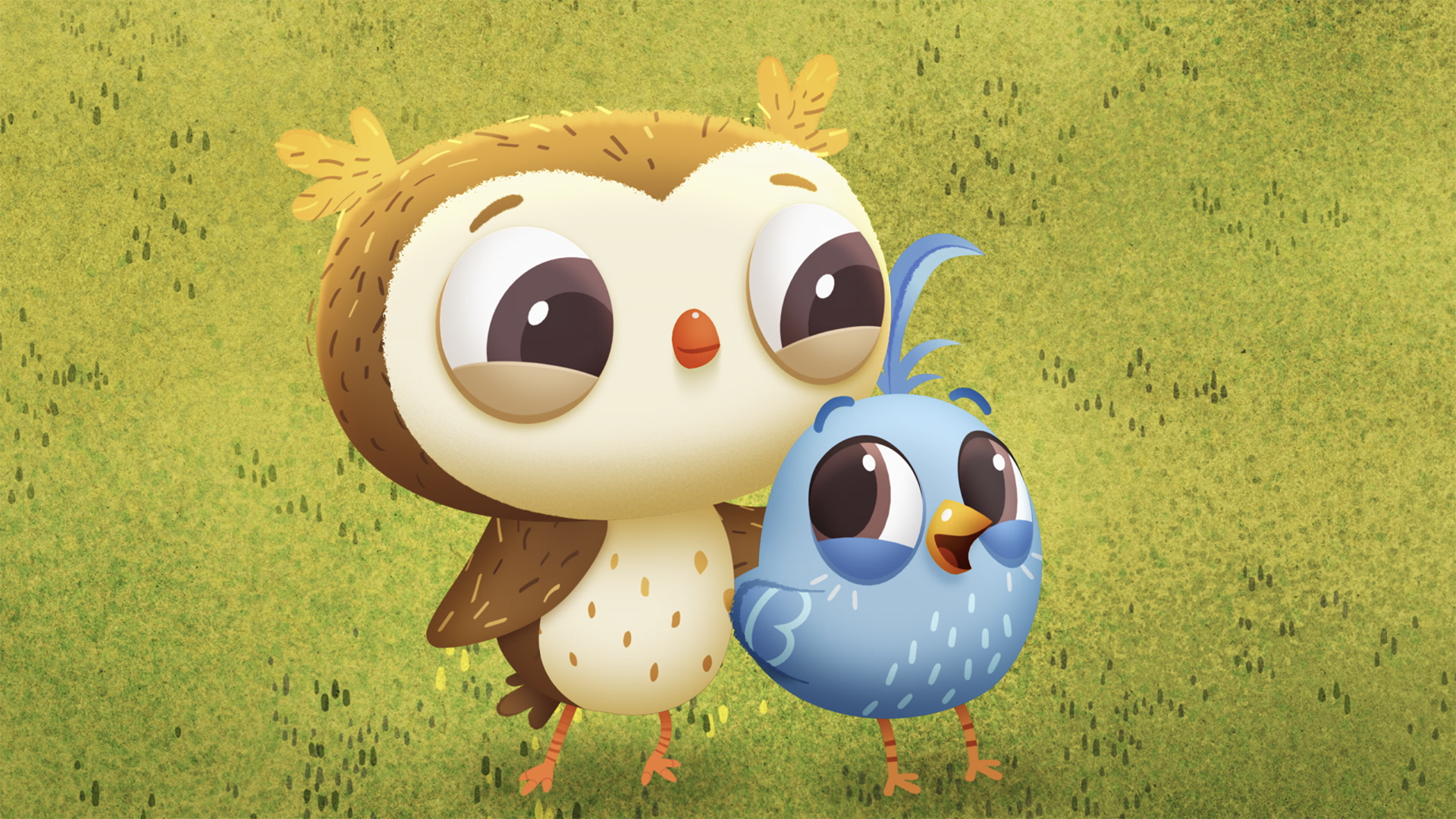 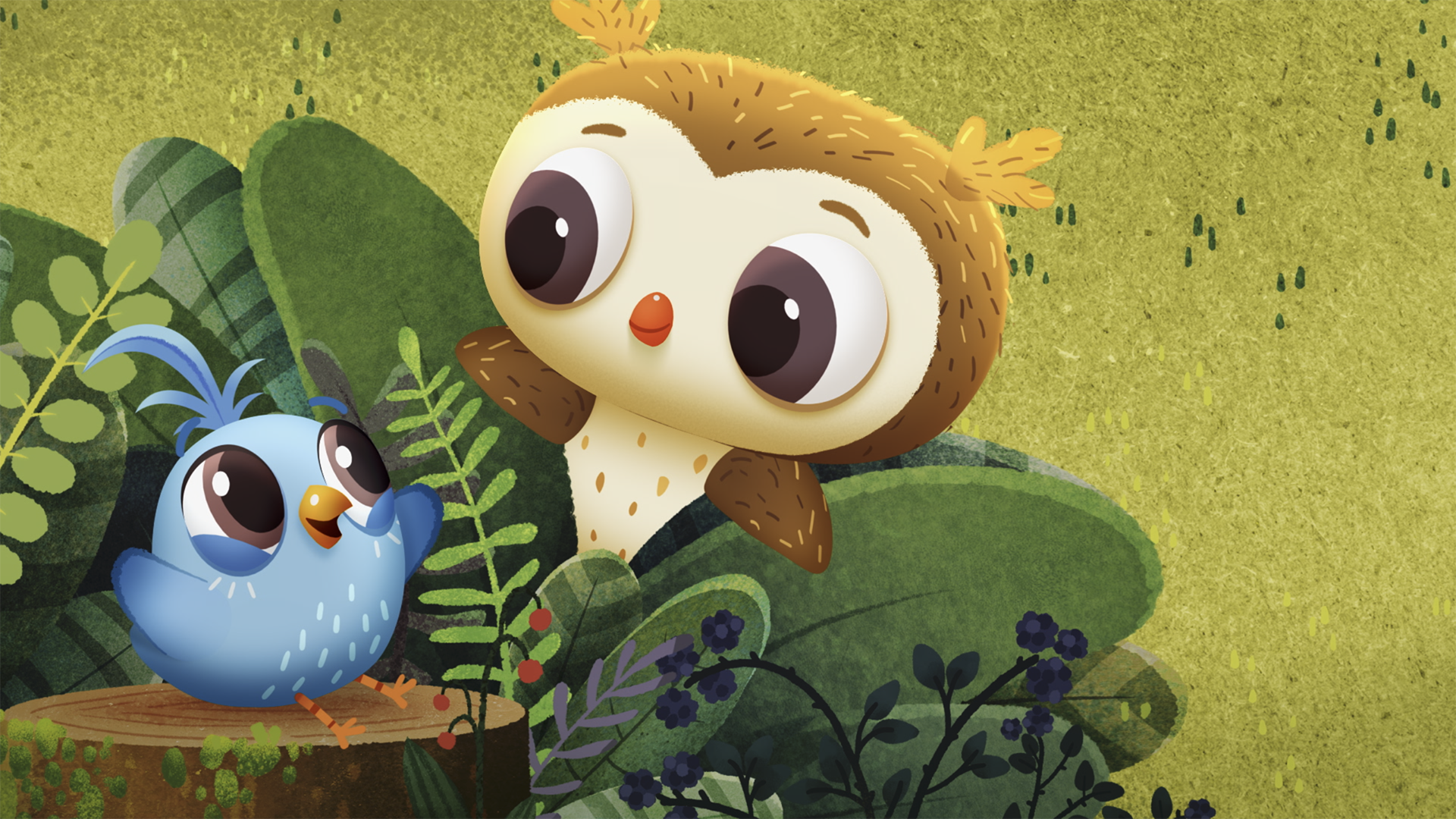 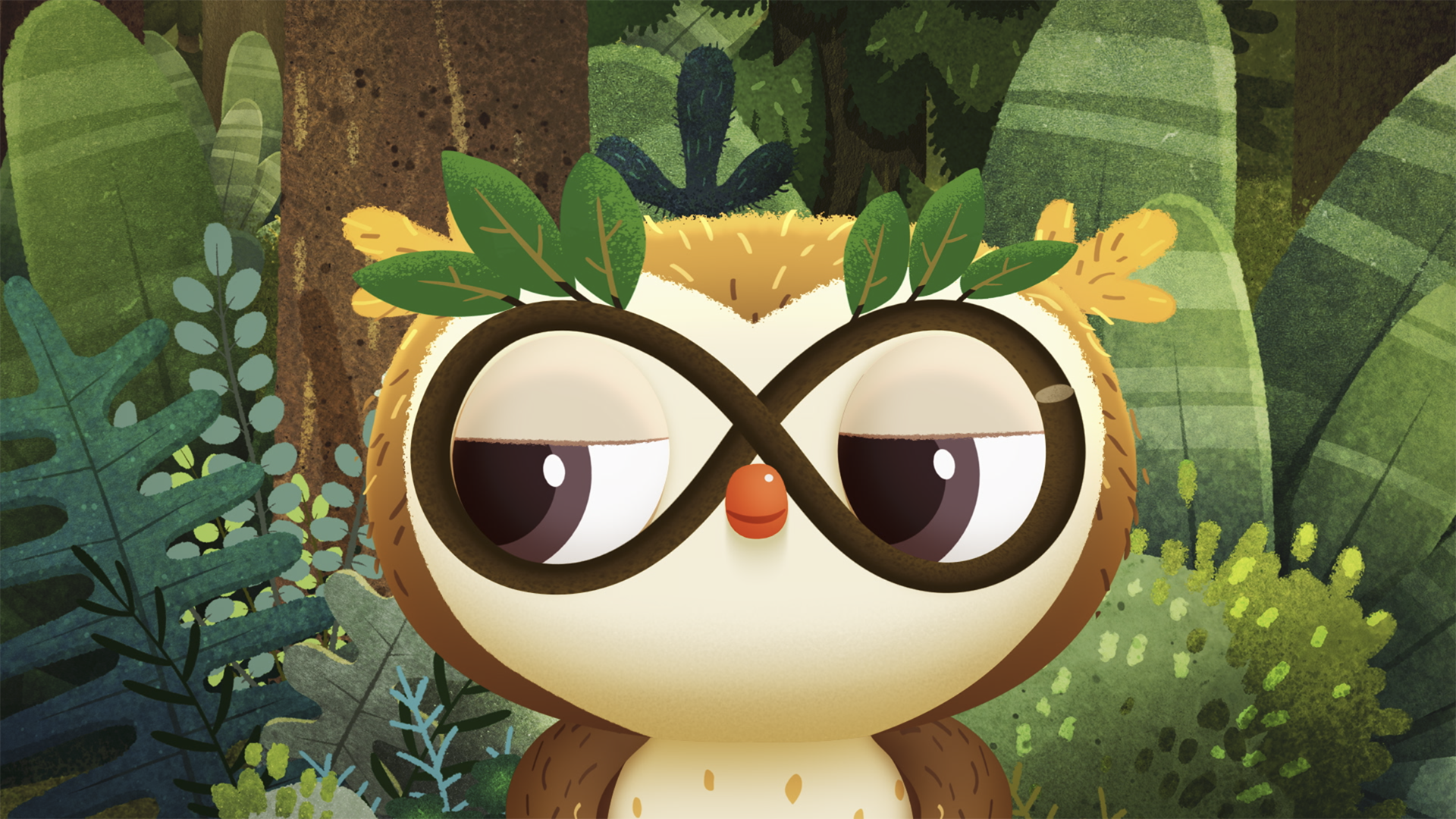 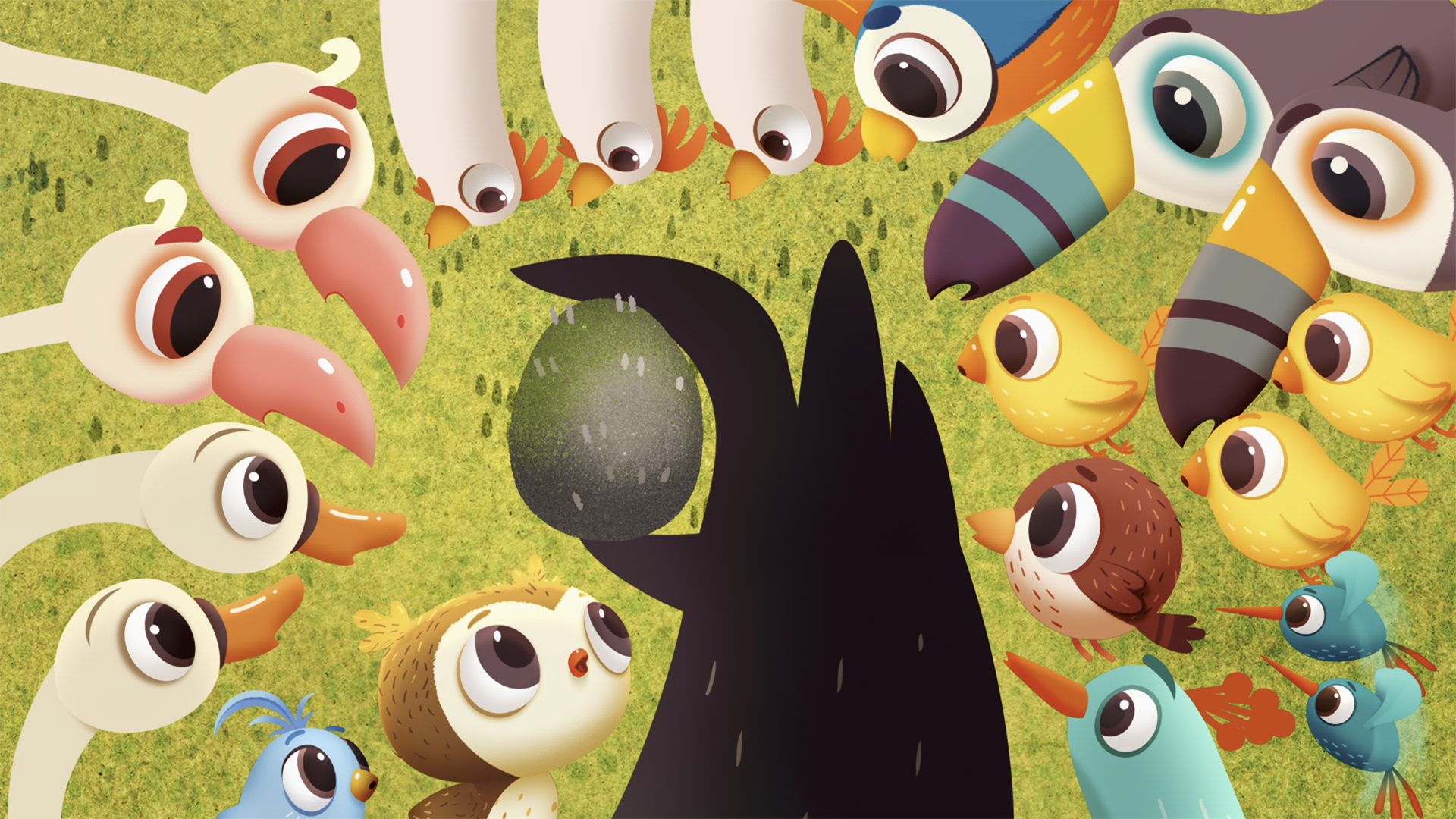 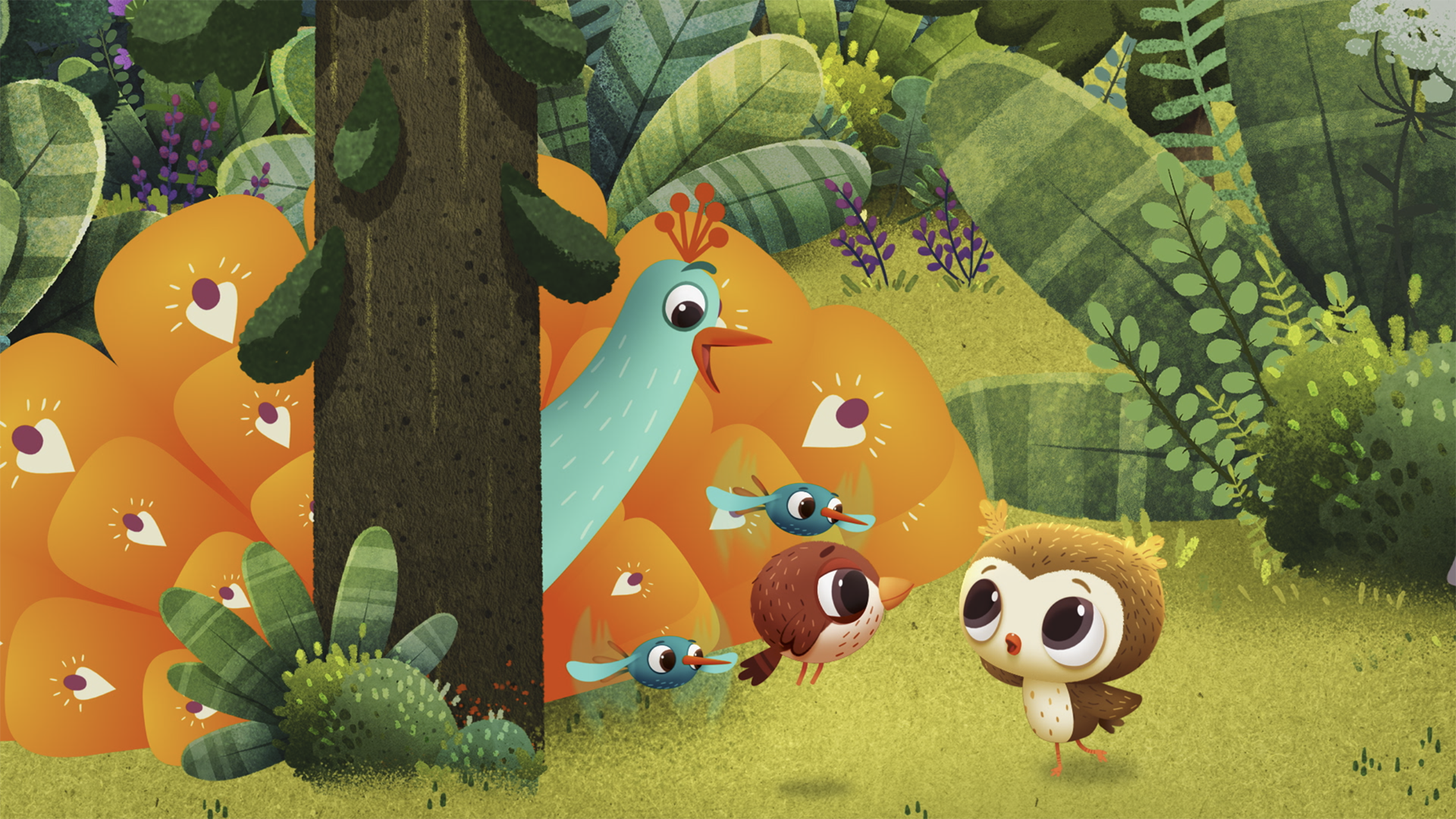 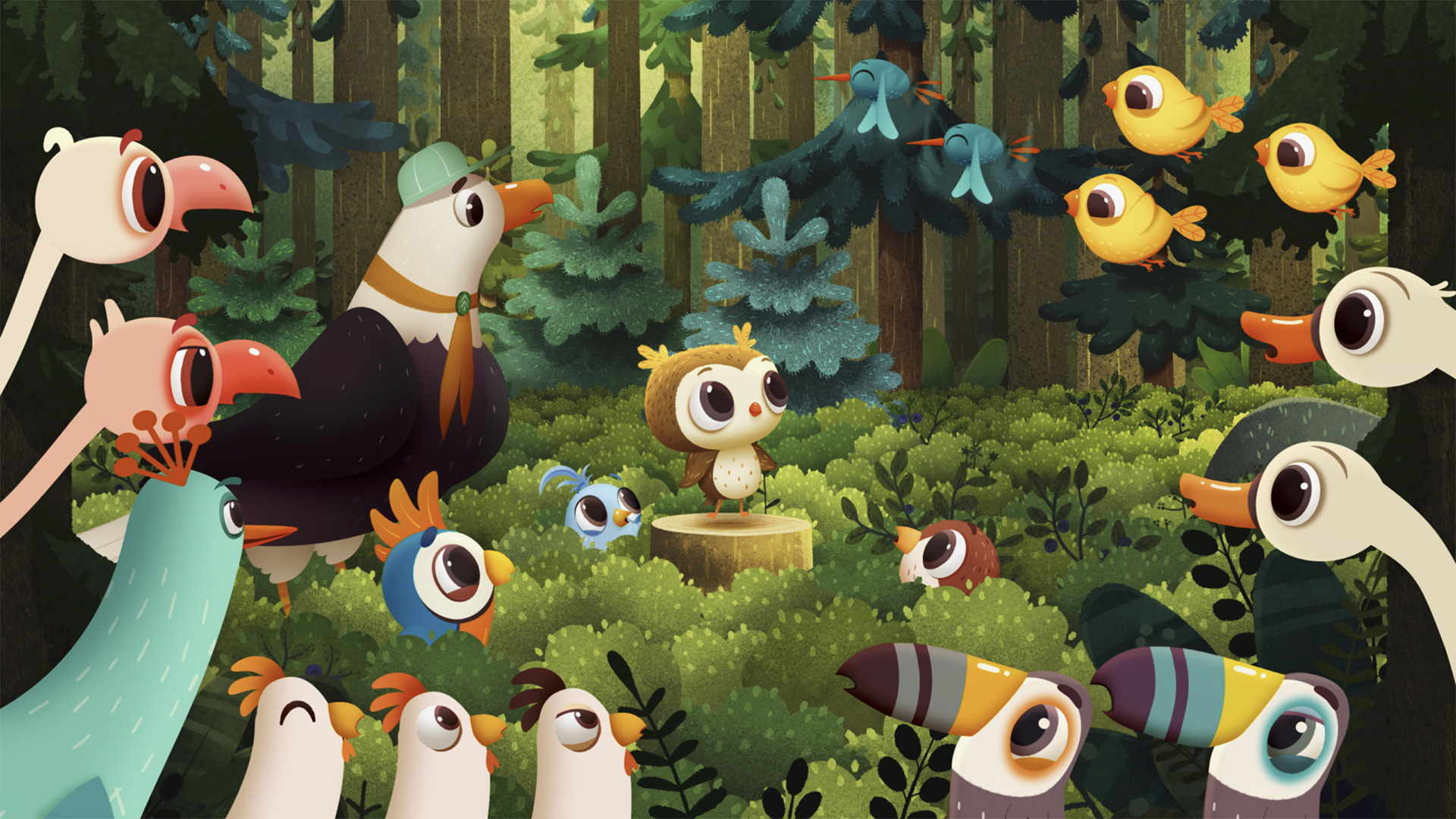 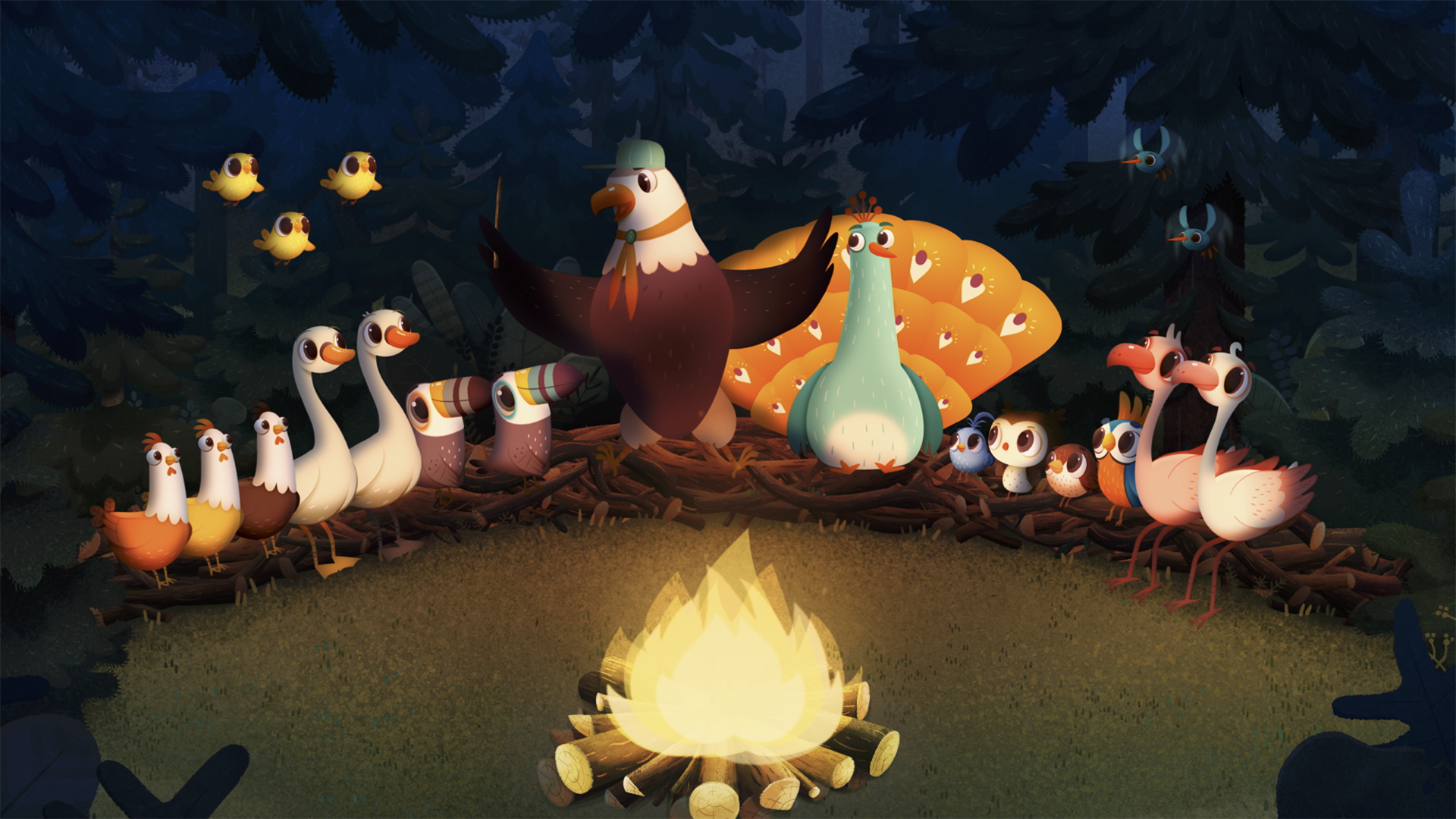 The 52 x 7’ hand-drawn 2.5D animation, is a co-production between Sixteen South and Polish animation studio Letko who created the look for the series and the show’s beautiful lighting and shading that gives it a 3D feel in a 2D world – dubbed 2.5D by its creators. Currently in production, Odo the series aimed at kids aged 3-5, is set to premiere in summer 2021. Directed by Piotr Szczepanowicz and Mikołaj Pilchowski.

The series follows the adventures of Odo, the littlest owl at the Forest Camp who is determined to prove that despite his size, he is every bit as capable as all the bigger birds. The series aims to teach young children self-efficacy and to believe in themselves to help combat the alarming rise in anxiety and depression levels in today’s children. Comedic and warm, with a genuine gender-free hero, the stories also deal with important themes such as immigration, racism, respect for others, and show kids how to deal with setbacks in a meaningful way while fostering the development of social skills.

Odo is a little owl who just can’t sleep. Being nocturnal, he should sleep during the day – but Odo is different. To keep him busy while they sleep, his parents send him to the Forest Camp where young birds of all species and sizes come to learn important life skills. Odo doesn’t mind being one of the smallest birds there – he’s very comfortable in his own feathers – but he does mind being told that he can’t do something because he’s little. Odo believes that he is capable of anything that he puts his mind to – but his ambitions far outweigh his ability, meaning chaos is never far away.

Colin Williams, Showrunner, Sixteen South Originals, said: “I am thrilled to be in production with this very special show. When we created it in 2018, we were really concerned at the growing levels of anxiety and depression in children. After what our kids have been through in the last 12 months, now more than ever, this really is a show for its time. We’re thrilled to have lots of new voices in our writing team and we’re not shying away from telling stories that need to be told – stories addressing racism, welcoming the migrant, adoption, loneliness and friendship groups. Odo is a cheeky but lovable character with bags of self-belief. To have the opportunity to once again co-produce with our beloved partners at KiKA and Milkshake! is just wonderful.”

Jakub Karwowski, Odo Exec Producer, Letko, said: “Odo has a great and unique character and we wanted the style of the show to be special as well. We created it in 2D with all the theatrical beauty of traditional two-dimensional animation, but adding lots of depth to the show with special 3D lighting and shading, giving the characters a 3D feel in a 2D world. We’re using a warm earthy palette to evoke a feeling of being outside on a sunny day – full of colour, light and energy.”

Sebastian Debertin, Odo Exec Producer, KiKA, said: “Odo is a wonderful show, warm and funny with a great big beating heart. It celebrates the square peg in a world of round holes and showcases the effectiveness of believing in oneself. We are sure our viewers are going to love it as much as we do!”

Louise Bucknole, VP Kids Programming ViacomeCBS Networks UK & Ireland and Odo Exec Producer Milkshake! said: “Just like our pre-school audience, the young birds at Forest Camp are all growing and developing their personalities and their voices, as they discover the world around them whilst having lots of fun. The series teaches them important life lessons while being friendship focussed, inclusive and full of curious wonder. We know our viewers will really relate to Odo and his adventures and the series will soon be flying high!”

Odo is produced by Sixteen South and Letko and co-produced with KiKA and Milkshake! The show has been commissioned with support from the government funded Young Audiences Content Fund (YACF), which is managed by the BFI and supports the creation of distinctive, high-quality content for young audiences, Northern Ireland Screen and the Polish Film Institute. The series is also being produced in association with Canal+ and S4C. The Exec Producers are Colin Williams for Sixteen South, Jakub Karwowski for Letko, Sebastian Debertin for KiKA and Louise Bucknole for Milkshake!, John Knowles is Production Executive for BFI/YACF and the Educational Consultant is psychologist Natascha N. Crandall, Ph.D. The series is distributed globally by Sixteen South Rights who has sold it to more than 120 countires. The series has a licencing partner – Bulldog Licencing, who takes care of the global licensing for the show.

Odo, has been commissioned by KiKA and Channel 5 for its multiplatform pre-school programming block Milkshake! 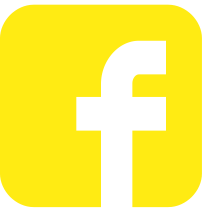 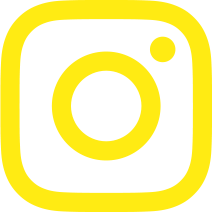